A personal revolution in the making

I haven’t blogged for some time about astronomy, more like almost four years now, mainly because the blog interface is nowhere near as good as interacting on Facebook which is where I primarily interact about astronomy in general. But what I am talking about is a major shift in how I “do astronomy” and that is something that needs to be expanded upon. What this isn’t is a technical discussion about the Mallincam video astronomy camera (I am simply not qualified to do that). This is a personal reflection on how video astronomy has changed how I approach conventional visual astronomy.

At an astronomy convention a light bulb went on. The Celestron Evolution was just released to the public and it got me thinking about how we observe and do astronomy. You see, that scope interacts with your smart phone or tablet. If you think about it that sounds a tad silly given one requires night vision to observe. But what if you were doing something different such as video astronomy or imaging where night vision is largely a moot point. I already knew I had neither the time nor patience for astrophotography, so I decided to run this idea by the guys at Mallincam, thinking maybe, just maybe this is the type of scope that would be a great fit for video astronomy. It is at this time I began a friendship with someone named Van…who ultimately would alter my entire trajectory in this hobby.

Van was kind enough to loan me the starter Mallincam, the AG-c. Basically a guider that can act as a stand-alone video camera for astronomy. I wasn’t exactly sure what I was given but to put it to the test, I chose the TV76 and the EQ6 mount (just a tad over mounted) to start. I figured the 480mm focal length was more forgiving than the 102mm’s 1000mm focal length and to be honest, wasn’t sure the 102 would actually work (it did, but it wasn’t the best choice for this camera). So that’s how I got started. It was also the beginning of the end of one thing, and the beginning of something else.

Conventional wisdom states that in order to actually “do visual astronomy” one must face a drive of one hour or more to actually see something. Living in the GTA due to urban sprawl, that drive is probably more like ninety minutes, assuming rush hour isn’t in full swing. If I don’t make that drive I am stuck in my driveway, with an obstructed view and limited skies due to light pollution. My work schedule makes it even harder to travel to a dark sky. So I am limited to Friday or Saturday evenings and everyone knows those evenings are almost always clear, right? Yeah okay. So the idea of astronomy is to see stuff…but I wasn’t…well not deep sky objects…which is/was depressing…because we ARE supposed to see stuff…

I saw stuff! Okay so I saw it on a laptop. But who cares! I SAW STUFF! But put that in perspective. Not only did I see stuff, I saw stuff that by conventional means (through the eyepiece) is basically impossible especially in the city with limited aperture. But suddenly, faint NGC’s became possible…in my driveway…in the city…and that is where things change dramatically. I felt like I was observing, really observing objects without the treacherous (or is that torturous) drive to a dark sky. Now to be fair, it would be much better under a dark sky. So I went to StarFest with this combination and I looked at stuff that no 76mm aperture ever dares to go after. You know, like Stephan’s Quintet and the Perseus galaxy cluster. And yet, I was able to see these things.

Van, being the kind human being he is, loaned me something I’ll never forget. The Mallincam DS2.3+ only this time with reducers which could lead to possibly using the Mallincam with the old refractor. Now, the old refractor, even though it was modernized and rebuilt, was taking a backseat to the TV76. I first tested the DS2.3+ with the TV76 and the results were very promising and I was able to penetrate further into the abyss. But I was curious about linking this to the 102. Remember, this is an old dreadnought of a scope. Built in the era of big hair and shoulder pads. It was never intended for this use. After a false start not getting it to focus, I decided to go straight through the scope so the reducers could be used and of course that actually worked after some daytime fiddling with the focus.

Get on with it! What did you see?

Stephan’s Quintet…set up on my driveway…in skies I cannot see the little dipper in…need I say more? Well yes, I did see A LOT of other stuff too.

Remember that atlas you own?

I always felt that I faced a wall around 12th mag. You know, that point where everything ends but you know damn well it’s just the beginning. Even a large dob wouldn’t go past the wall in urban skies. If it did it would be too huge to work with. So I would stare at my Uranometria looking at all those inaccessible fuzzies of 13-15th mag. Except maybe they aren’t. Given what I have already tried, it seems almost ridiculous to say that I have been out to 14th mag from my driveway, but with the combination of the 102 and the DS2.3+, this is what has happened. Incidentally, I became recently aware that the TV76 and AG-c combo went over the 12th mag wall too. That was an eye opener. So yes, remember that atlas? Now I am putting it to use. Which leads me to the next thought.

That is what I am talking about. The ability to explore without the inherent problems of commuting to a site or not having sufficient time due to scheduling and hauling out huge pieces of equipment that require a set up time. It is true my combination of the DS2.3+ and my two refractors would work A WHOLE LOT BETTER in dark skies but the point is, the abyss is accessible from my driveway in far less perfect conditions. And that is what excites me the most. Exploring is what I do. That is what drives me to observe. The Mallincam has opened the abyss.

Did I kill visual astronomy?

No. Better yet, I supplemented it. There will be those of the traditional thought that the eyepiece is more aesthetically appealing. I too love looking through the eyepiece and I still love to observe double stars through them not to mention the planets. But for faint stuff, I’ve gone another route and I am not sure I will return…

Some selected images:  Remember, I've just started to do this... 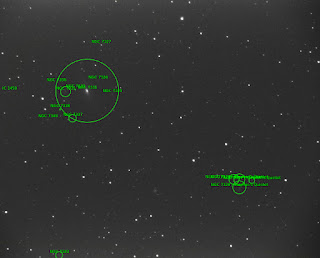 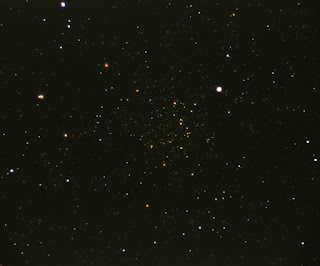 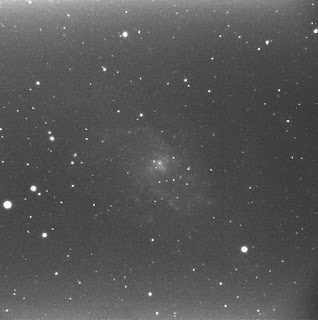 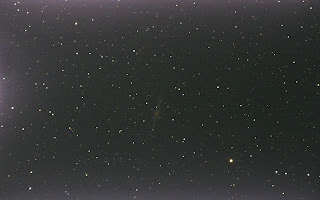 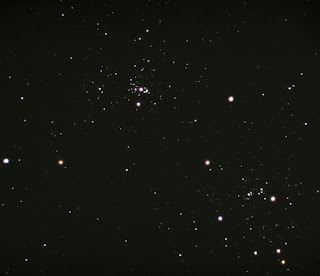 I’d like to thank Rock Mallin for making great stuff. He has opened the universe up in a way I never really thought possible and to be able to use such legacy equipment like the 102 achromat, makes it even more special. And of course a big thank you to Van, because without his kindness, this would never have happened…and I’d be stuck in a rut looking at the Moon…but there’s nothing wrong with the Moon…it just doesn’t end there… M